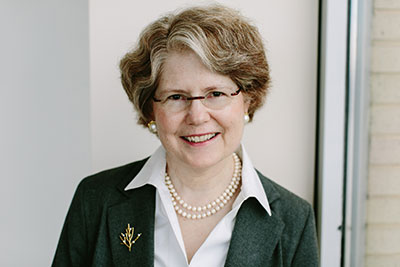 Dr. Alexandra Logue is a Research Professor in CASE (the Center for Advanced Study in Education) of the Graduate Center of The City University of New York (CUNY), with particular responsibility for research and scholarship concerning college student success.

Dr. Logue is an internationally known behavioral scientist. She has published more than 170 books, articles, and chapters on higher education, quantitative models of choice behavior, and food aversions and preferences, and has served on the editorial boards of many prestigious journals. She and her colleagues have published the only randomized controlled trial concerning corequisite math remediation, demonstrating its success, including with regard to graduation rates.  Her most recent book, Pathways to Reform:  Credits and Conflict at The City University of New York (Princeton University Press), is a case study regarding the difficulty of making change in higher education.

Dr. Logue’s research and program improvement activities have been funded by the National Science Foundation, the National Institute of Mental Health, the Institute of Education Sciences of the United States Department of Education, and the Ascendium, Dell, Heckscher, Ichigo, Mellon, Petrie, Spencer, and Teagle Foundations. The recipient of the American Psychological Association’s Hake Award for excellence in bridging basic and applied research, Dr. Logue is a Fellow of the American Psychological Association, The Association for Psychological Science, the Psychonomic Society, and the American Association for the Advancement of Science.

Dr. Logue received her A.B. in Psychology and her Ph.D. in Experimental Psychology, both from Harvard University. Her general research area is learning and motivation, with special research interests in choice behavior, self-control, food aversions and preferences, and higher education.

Following graduate school, Dr. Logue joined the faculty of the State University of New York at Stony Brook, where she rose to become Professor of Psychology, Associate Dean of Social and Behavioral Sciences, and then Chair of the Department of Psychology.

She then began her six-year tenure as Dean of the Weissman School of Arts and Sciences at Baruch College of the City University of New York. During her tenure at Baruch, five Weissman faculty became CUNY Distinguished Professors, and three others received CUNY’s New Faculty Research Award. At Baruch she oversaw the receipt of several landmark gifts, significantly increased external funding for faculty research, initiated several new interdisciplinary master’s degrees, and instituted an annual conference on teaching and technology that grew to serve the entire CUNY system.

Following her service at Baruch College, Dr. Logue became New York Institute of Technology’s Provost and Vice President for Academic Affairs, directing NYIT’s New York, global, and online academic programs in teaching, research, and service. She supervised the libraries, academic computing, academic planning, initiatives in teaching and learning with technology, and research centers. She was also the chief liaison with the faculty and their labor representatives (AAUP), serving as the lead negotiator for a new five-year collective bargaining agreement. At NYIT, Dr. Logue oversaw the initiation of several new undergraduate and graduate programs and restructured several units, resulting in significant savings as well as program improvements.

In 2006, Dr. Logue began service as Special Advisor to the Chancellor, as well as Associate University Provost, of CUNY, a 24-campus system of close to 500,000 students. Her responsibilities included supervision of the University’s performance management process and of system-wide academic affairs projects. From 2008 to 2014, she served as the chief academic officer (Executive Vice Chancellor and University Provost) of the CUNY system, with responsibilities for all of CUNY’s academic programs, academic technology, enrollment management, faculty, institutional research, libraries, and students. Some of the significant initiatives that she led during this time included construction of CUNY’s 2012-2016 Master Plan, establishment of a phased retirement policy for faculty, randomized controlled trials of several major CUNY programs (including obtaining significant external funds to support these RCTs), establishment of the CUNY School of Public Health and the hiring of its first permanent Dean, adoption of more effective student learning assessments, prohibition of all tobacco use on CUNY property, and the creation and effecting of Pathways, a set of policies for easing transfer of students’ credits within the CUNY system.