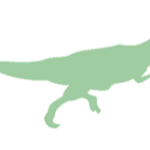 Announcing CUNY’s TRANSFER EXPLORER (https://bit.ly/2AtqzcY ), AKA TREX or T-Rex. This online tool, funded by the Heckscher Foundation and created with Ithaka S+R, can show anyone how any CUNY course transfers from one CUNY college to another (no login needed). We are still refining it, but please check it out!

Survey on Transfer for ALL CUNY Students

This survey has closed. We are extremely grateful to the great many (approximately 30,000!) students who participated in this survey, and to the great many people who helped. We have begun the long process of confirming that everyone on the lists of students who were invited to respond, as well as everyone on the lists of students who responded, satisfied the survey’s respondent eligibility criteria. When that process is complete, we will then begin analyzing the data. Thank you again to everyone who helped us get to this point!

CUNY’s online research magazine, SUM, has published an article about my research with Dan Douglas and Mari Watanabe-Rose showing that student success is increased with corequisite as opposed to traditional math remediation: http://bit.ly/2NE3YyG

It is a great pleasure to announce that Ithaka S+R (Principal Investigator Martin Kurzweil) and The City University of New York (Principal Investigator Alexandra W. Logue), have been awarded a new 1-yr $483,000 grant from the Heckscher Foundation for Children to implement innovative solutions for the facilitation of credit transfer between Hostos Community College and Lehman College of CUNY. Our name for this project is ACT (Articulation of Credit Transfer).  Nationally, over 80% of new community college freshmen enter college with the goal of a bachelor’s degree.  Six years later, 17% have received one.  A critical piece of successfully traveling through this pipeline is the successful transfer of credits from the community college to the bachelor’s-degree program. ACT will implement and assess the effects of several new methods for facilitating credit transfer. ACT joins our two other grants concerning student transfer (TOP [the Transfer Opportunity Project], which is being conducted in collaboration with MDRC, is funded by the federal Institution of Education Sciences, and is studying the leaky transfer pipeline from community colleges to bachelor’s-degree programs; and GROWTH [Growing Transfer in the Humanities], which is funded by the Mellon Foundation, and is also studying the leaky transfer pipeline but particularly for students interested in the humanities). Additional coPIs include Barbara Condliffe and Rekha Balu of MDRC, and Colin Chellman and Chet Jordan of CUNY.

We have received a new three-year $550,000 grant from the Mellon Foundation to study the leaky pipeline from community college enrollment to bachelor’s degree receipt for students whose academic interests are in the humanities. More information about this grant can be found at https://bit.ly/2l7LGZ7

The first three Pathways Scholars (ASAP graduates transferring from CUNY community to bachelor’s-degree colleges) have received their scholarships.  All net royalties received from sales of “Pathways to Reform:  Credits and Conflict at The City University of New York” by A. W. Logue are being used to establish these scholarships.  ASAP (Accelerated Study in Associate Programs) is a CUNY program that doubles associate-degree graduation rates.

It is a great pleasure to announce that CUNY (Principal Investigator Alexandra W. Logue and co-Principal Investigator Colin Chellman), partnering with MDRC (co-Principal Investigator Rekha Balu), has been awarded a new 4-yr $1.39 million research grant from the Institute of Education Sciences to study the leaks in the community college to bachelor’s degree transfer pipeline.  Our name for this work is TOP (the Transfer Opportunity Project).  Nationally, over 80% of new community college freshmen enter college with the goal of a bachelor’s degree.  Six years later, 17% have received one.  We will study the four major leakage points in the pipeline: lack of application to transfer, admission to a bachelor’s-degree program but no enrollment (transfer melt), lack of or delay in credit transfer, and transfer shock (the often temporary decrease in GPA seen in transfer students).  We will be seeking the malleable factors that contribute to pipeline leaks, particularly at these four pipeline points.

The What Works Clearinghouse, of the federal Institute of Education Sciences, has issued a new report stating that our randomized controlled trial, showing success of corequisite math remediation/mainstreaming, meets the What Works Clearinghouse standards without reservation.  The headline of the WWC announcement is:  “WWC Single Study Review Finds Rigorous Evidence for Mainstreaming College Students in Mathematics Courses.” 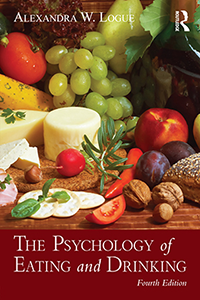